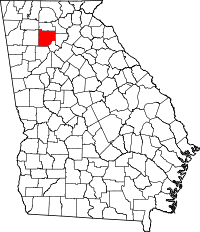 This is similar to the scenario in a case I tried several years ago in Calhoun in Gordon County. A box truck failed to stop behind a retired teacher who was preparing to make a turn at an intersection. The truck driver was not medically qualified to drive a commercial truck, lacked depth perception, and failed to accurately judge time, speed and distance as he approached the stopping car. He crossed into the opposite lane, passed through the intersection on the wrong side, and crashed into an approaching pickup truck. Fortunately, our client was able to avoid headon impact but the driver’s side of his vehicle was shorn away in the impact. He lived but had a shattered femur that caused a permanent impairment. The jury in Gordon County awarded a verdict of $2.3 million for his injury.

Even though the first priority is the need to process grief and celebrate the life of the loved one who was killed, in such cases it is important for family members to act quickly to make sure the case is properly investigated. Commercial vehicles generally have a great deal of data that can be downloaded after a crash. If police fail to do a thorough investigation and reconstruction, and allow a truck to be removed from impound before the family has a chance to send its own investigator, that electronic data evidence may be lost. For example, we had a case involving a fatal collision south of Atlanta. The police impounded the truck, but somehow allowed the trucking company to remove it from impound prematurely. The truck was repaired, put back in service and driven several hundred miles, overwriting data about the crash. We were able to retrieve some data from a Garmin GPS unit that was found on the dash in the truck cab, but that was far less valuable that the data that was erased.

The first step in such an investigation is to immediately serve the company with a notice of the need to preserve evidence, including a list of categories of evidence to preserve inviolate. Then as soon as practicable an inspection should be scheduled with a competent accident reconstruction expert.

Georgia wrongful death law includes two types of potential claims. First is the wrongful death suit for the “full value of the life,” which may include both economic damages such as value of lifetime income and benefits reduced to present value, and intangible value of life for what the experience of living was worth to the person who was killed. This claim must be brought by specific categories of survivors in priority order: spouse, children, parents, and then by the representative of the estate on behalf of other heirs at law. Second is a “survival action” for pain and suffering before death, medical and funeral bills, etc. The “survival action” must be filed by the executor or administrator of the estate. Sometimes we include both claims in a suit, and sometimes for tactical reasons we file one and leave out the other.

Ken Shigley is a trial attorney practicing statewide in Georgia, focused on serious personal injury and wrongful death cases, especially arising from commercial truck accidents. He is currently chair of the American Association for Justice Motor Vehicle Collision, Highway & Premises Liability Section. Previously he served as president of the State Bar of Georgia and chair of the board of trustees of theInstitute for Continuing Legal Education in Georgia. He is lead author of Georgia Law of Torts: Trial Preparation and Practice and a board certified civil trial attorney of the National Board of Trial Advocacy.