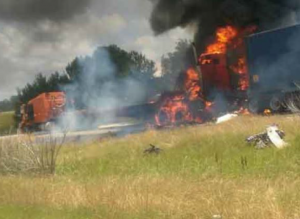 You got a dreaded phone call that a loved one is being transported to a hospital, or worse, after being hit by a tractor trailer, semi, dump truck, or other large commercial vehicle. What do you do?

First, you should be aware that the trucking company and its insurance company have a rapid response team on the scene almost immediately to identify, capture and “massage” evidence. That evidence is time-sensitive. Depending on the sophistication of the law enforcement officers who respond to the crash, critical evidence may be lost while your family member is struggling for her life in the hospital.

We have seen cases in which driver logs were “lost” while police were managing traffic control as the insurer’s investigator was crawling around the truck cab. We have seen trucks removed without authorization from police impound and put back on the road, erasing critical electronic data on “hard stops,” while the insurance company’s lawyer pretended to cooperate in scheduling a joint inspection.

On the other hand, when hired immediately after a fatal crash we have managed to get a court order to preserve all the evidence, revealing a dramatic video recording of the crash in the truck’s dash cam.

Time therefore is of the essence. Do not waste a moment.

It is essential to immediately contact a lawyer who knows how to properly identify, collect, and preserve evidence following a commercial motor vehicle crash. The sooner a knowledgeable truck accident attorney is hired, the better the attorney’s chances are of being able to secure and preserve time critical evidence.

Too often, we see crash victims who hired an attorney who did not commercial truck accident experience, and who sat on the case doing nothing very useful for months or years. That may be a lawyer who ordinarily handles divorces and real estate closings, or it may be one of the “settlement mills” that runs millions of dollars of TV and billboard ads. Other times, a competent trucking attorney is hired but the truck company or truck driver “lost” or intentionally destroyed evidence.

Some of the steps a knowledgeable truck accident attorney will take include:

1. Letter to preserve evidence (spoliation letter). We immediately send via FedEx, a letter putting on notice the truck driver, motor carrier, broker, shipper, and insurance carrier on formal notice of their duties to collect and preserve evidence that may be important in the case. That letter identifies specific pieces of evidence within the control of the driver and/or motor carrier.

3. Vehicle inspection. It is important to inspect both the tractor and the trailer commercial vehicles as soon as possible. This request can be made directly to the motor carrier or to its insurer for voluntary cooperation, or through a court to enjoin moving the altering anything until inspection occurs. Again, time is of the essence. Once inspection is scheduled, we often hire both a private investigator and an accident reconstruction expert should go together to inspect the vehicles and then go inspect the scene, the sooner the better. It is important for the lead attorney who will try the case to actually attend the inspections, as that can provide important insights about the crash.

a. Inspection. Inspection of the tractor should include the body, frame, engine, brakes, tires, lights, mirrors, and windows.

c. Interior of the tractor. Identify and obtain data from any dispatch or fleet management system. Examine the tractor for evidence of the driver’s questionable conduct.

d. Photographs. The legal team should obtain good photographs of the tractor and trailer from all angles, exterior and interior; tires; all logos, placards, vehicle numbers and DOT markings, inspection stickers; mirrors; radar detectors; urine jugs; fifth wheel; kingpin; brakes; lights; reflectors; damage to the unit; and any decorative items on the truck indicating a tendency toward aggressive or antisocial operation.

e. Chain of Custody. The lawyers must avoid making himself a witness in the case. It is important to have and investigator who can testify to evidence of possible violations discovered in the inspection, and who knows how to maintain chain of custody of evidence.
f. Mobile Communications Systems, GPS, and Cell Phone Data. These systems can be a goldmine of evidence of the truck’s and driver’s movements and activities. This evidence must be obtained and preserved before it can get away. Some trucking companies and their insurers prefer to destroy data and deal with a jury instruction about adverse inferences for destruction of evidence. A forensic expert is often necessary to inspect and download data from the devices on or communicating with the truck.
g. Inspecting the Trailer. Gathering all available evidence on the trailer may lead to discovery of other defendants and insurance coverages, such as broker, shipper, intermodal freight companies, etc.

4. Inspecting the Passenger Vehicle. Full investigation of a catastrophic crash includes inspection of other vehicles involved. This includes download of the airbag control module (ACM) or event data recorder (EDR). If the car has been sold for salvage and destroyed, that can damage or sometimes preclude some significant claims. If it has been some time since the crash, we often have to chase down the car in a distant salvage yard, changing from lawyer suit to jeans and making friends with junkyard dogs.

5. Inspecting the Crash Scene. The claimant’s lawyer should visit the scene of the crash as soon as possible after the crash, preferably with an investigator or accident reconstruction engineer. Total station and/or 3-D scanning equipment may be used to document pertinent distances, geography, and objects at the scene. When feasible, it can be useful to meet the investigating law enforcement officer at the scene. This can produce valuable information that is not included in the police crash report. In addition, in visiting the crash scene it is important to check for all possible security cameras that might have captured video of the incident, and request copies from the businesses or homeowners that have such cameras.

6. Interviewing Witnesses. Every case is different, and the accessibility of witnesses may vary widely, but as a general rule it is important to record interviews with witnesses before memories begin to fade. Some of those who should be contacted and interviewed by an investigator include: eyewitnesses, law enforcement officers, first responders, firemen, EMS personnel, tow truck drivers, motor carrier enforcement officers, bystanders who rendered aid, motor carrier enforcement officers, air ambulance pilots, media, and private photographers. Often some of these people have their own photographs or video of the crash scene.

7. Search news websites and social media. Dramatic crashes are often covered by newspapers and TV stations. Both the images they publish and their outtakes can provide valuable evidence. Sometimes a bystander posts photos or video of a crash scene on Facebook or other social media. That can be invaluable.

8. Freedom of Information / Open Records requests. In every major truck crash case, we promptly seek to obtain all the available public records about the trucking company and the crash. Much data about the company can be downloaded from the Federal Motor Carrier Safety Administration website. In addition, we electronically submit a Freedom of Information Act (FOIA) request for the categories of information we think most likely to be relevant and helpful. We limit the scope of the request because response to a request for everything that exists would take far too long. We also request records from the law enforcement agencies that worked the crash, including photos, videos, measurements, witness statements, etc. If a criminal prosecution is pending we cannot get access to the file without cooperation of the District Attorney or Solicitor General. That often requires a phone call or personal visit with that local elected official.

9. Internet search. We also undertake a broad internet search for information about the trucking company and truck driver. It is amazing what some truck drivers post on social media.
If a loved one is seriously injured, or worse, in a crash with a commercial motor vehicle, you should understand that commercial truck crash cases are not like car wreck cases. Not only are the vehicles different, but the types and sheer volume of data and documents that are available is drastically different. The historical data about a motor carrier and its driver can be staggering. The average car wreck lawyer or general practice lawyer has no idea about most of that. If you do not immediately get to a lawyer who knows how to investigate and prosecute such cases.

Without having a legal team on your side with a system for investigating and preserving the available information, the trucking company’s insurer will lull you into complacency and then beat you like a drum. 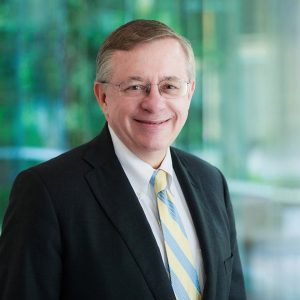 Ken Shigley is a 2019 recipient of the “Tradition of Excellence” Award from the State Bar of Georgia General Practice & Trial Section.

Mr. Shigley is the first Georgia lawyer to earn three national board certifications in his practice area from the National Board of Trial Advocacy – in Civil Trial Law, Civil Practice Law and Truck Accident Law.

He is a board member of the Academy of Truck Accident Attorneys, and former chair of the American Association for Justice Motor Vehicle Collision, Highway & Premises Liability Section, which includes the Trucking Litigation Group.

He is lead author of Georgia Law of Torts: Trial Preparation and Practice, now in its tenth annual edition with Thomson Reuters West. His law practice is focused on catastrophic injury and wrongful death including those arising from commercial trucking accidents and those involving brain, neck, back, spinal cord, amputation and burn injuries.

A former prosecutor and former insurance defense lawyer, Mr. Shigley is a graduate of Furman University and Emory University Law School. He is a widower, father of two adult children, and an elder in his church.