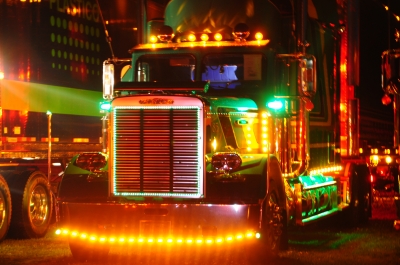 Over the years in my Atlanta based trucking litigation practice, I have had truck drivers tell me – reluctantly in deposition testimony, and sometimes voluntarily in confidential talks over coffee at roadside Waffle Houses – how paper logs of their hours of service are easily fabricated “comic books.”

Often I have gone behind those records to a variety of electronic records of a variety of related transactions to prove that the logs were wildly inaccurate. With tractor trailers now becoming rolling computer networks, I have anticipated that those who are motivated to cheat would find ways to cheat the computers too.

More than three million truck drivers in the United States are facing a regulatory upheaval which will cost the industry an estimates $2 billion and change the ways in which many truck drivers operate. Over the next few years it will become mandatory, by law, for all American truckers to carry an electronic onboard recorder (EOBR) in their vehicles. Although there are a number of EOBR on the market, in order to comply with the incoming federal mandate the device must all be able to track when a truck’s engine is running, record its duty status and ensure that drivers aren’t working for more than 14 consecutive hours, including a maximum of 11 actual driving hours within that window.

The idea is to make the mandatory “Hours of Service” logs that trucking companies are supposed to keep more accurate. The underlying objective is to reduce fatigue related crashes involving truck drivers who have been on the road over the legal amount of hours. But the new systems alone may not be a panacea for all driver fatigue risks.

Of course, a lot of truck drivers resist closer monitoring of their hours of service. I have heard truck drivers say it was nobody’s *#$%@ business” how many hours they work, apparently oblivious to the safety risks inherent in fatigued operation of an 80,000 pound vehicle.

Other trucks acknowledge that the new EOBR system is a step in the right direction and even helps them financially. One veteran trucker was recently quoted in a media report saying, “My gross revenues have been up year over year each year since using the electronic logs. Now is it due to the electronic logs? Not the machine itself, it’s the efficiency that’s been forced onto us by the machine.”

Resistance to change comes from the group of veterans that have been on the road for decades. One veteran trucker explained, “I worked better in a ‘nobody-hassling-me’ kind of environment. I modified my operation to make it work. As much as the libertarian in me says no to mandates, they’re coming. You might as well just wake up, face it, and deal with it.”

Concerns about the devices come from the people pushing for mandates as well as the truck drivers themselves. Truckers are fearful that this new device will be used more like a babysitter than a tool for change. Many are aware that a record which shows a trucker is slightly harder on fuel thanks to the way he revs, idles, and brakes could mean that he won’t get a job in an increasingly competitive market. Fears that trucking companies could misuse their expanded awareness have already been expressed in the courts. In 2011 the Owner Operator Independent Drivers Association (OOIDA) launched a lawsuit against the Federal Motor Carrier Safety Administration (FMCSA), the authority responsible for drafting the new mandate.

OOIDA complained that there was a risk of driver harassment in which carriers might persuade their drivers to get back on the road and complete a run even after they have passed the 11 hour limit that drivers are given to be on the road for a day. The worry was the fatigue, weather conditions, and traffic problems could all be problems that are ignored for the sake of the time sheet. There is also a growing concern about the reliability of the devices that the mandate specifies be in the vehicle.

According to Karen Levy, a PhD candidate in the Department of Sociology at Princeton, many drivers are already experimenting with hacks and methods of tampering. “Truckers are a particularly savvy and motivated bunch,” she says. “Some driver have figured out how to temporarily disconnect certain EOBR models from the truck, or to otherwise block their signals so they can’t record data. Another approach is to drive using multiple driver ID numbers which are sometimes called “ghost logs.”

New products, such as the Safety Pass Pro, enable truck drivers to override speed governors that their companies install to limit them to safe speeds. While the product is sold as a safety feature to facilitate passing or to slow down so that a “road rage” driver can pass the truck, it does not take a genius to understand how this can be used to enable truckers to drive at unsafe speeds.

Some examples of cheats and hacks I have heard about from truckers include: (1) when stuck in traffic, take the truck out of gear and snub out the truck, shifting the log from “driving time” to “off duty not driving”; (2) if an activity is under 5 minutes, the driver can fudge it back into the last duty status, so that a short hop from a truck stop to a terminal might not be recorded as driving time. These types of e-log hacks would not be detected in a surface scan but could raise questions in an in-depth log audit that compares logs to GPS locations.

Today, OOISA says it is not currently planning any further legal challenges against the FMCSA, whose rulemaking is nearly complete. Most observers believe the final rule will be enforceable on American highways by 2015.

Going forward in trucking accident litigation, we face new challenges in looking behind the electronic logs for cheats, hacks and truth.

Ken Shigley is past president of the State Bar of Georgia (2011-12), double board certified in Civil Trial Advocacy and Civil Pretrial Advocacy by the National Board of Legal Specialty Certification, and lead author of Georgia Law of Torts: Trial Preparation and Practice. His Atlanta-based civil trial practice is focused on representation of plaintiffs in cases of catastrophic personal injury and wrongful death.

Image brought to you by www.freedigitalphotos.net